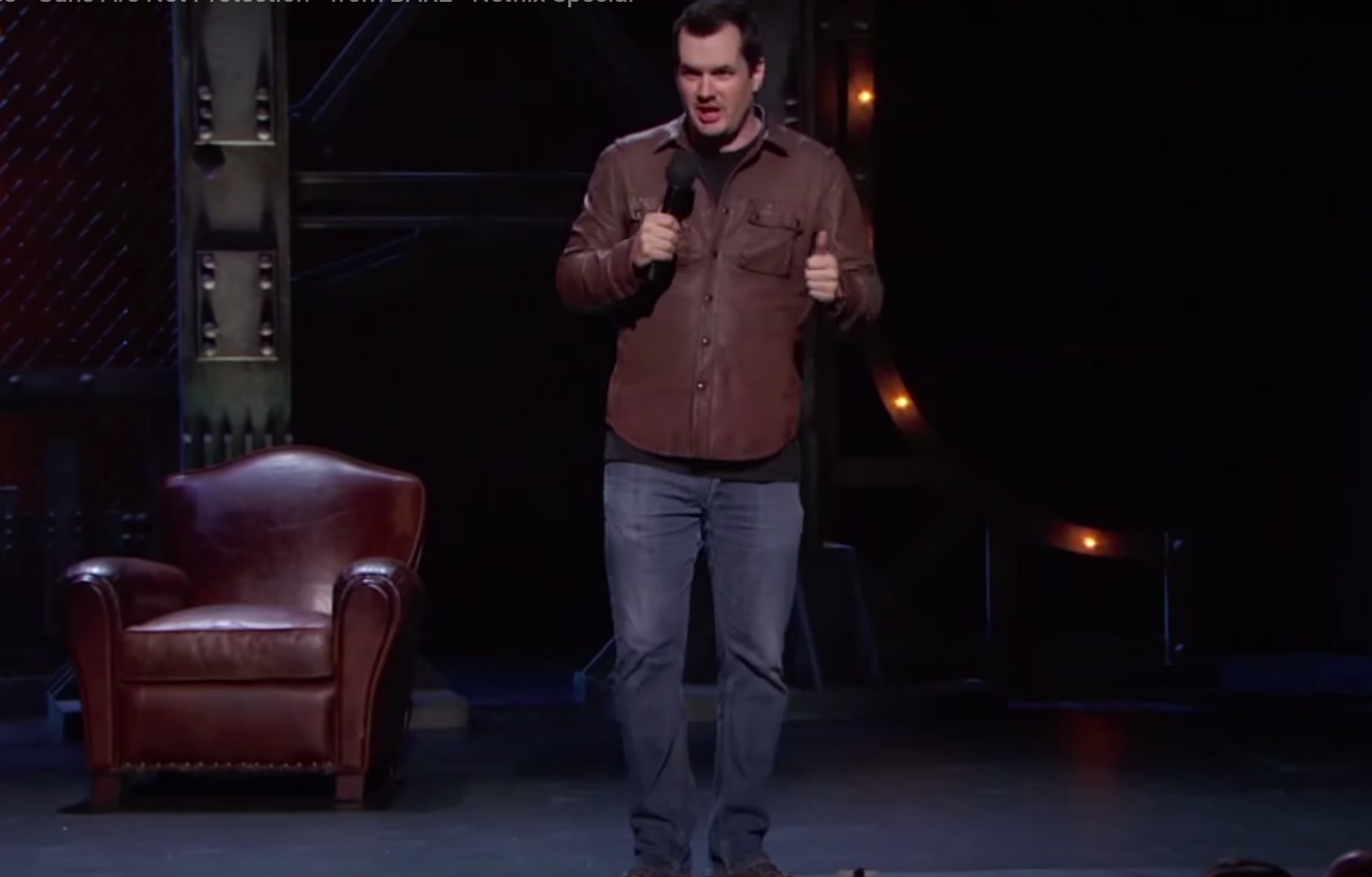 Last week’s shooting at Umpqua Community College in Oregon left 10 dead (including the gunman) and nine wounded, reigniting a public debate on gun reform in America. In lieu of the killings, a segment made by Australian comedian Jim Jefferies is re-circulating this week. In the segment, Jefferies criticizes gun laws and culture in the U.S.

“There is one argument, and one argument alone for having a gun, and this is the argument: Fuck off, I like guns,'” Jefferies said. “It’s not the best argument, but it’s all you’ve got. And there’s nothing wrong with saying, ‘I like something, don’t take it away from me.'”

I live alone and have a loaded shotgun mounted on the wall by my bed for protection. I live in an increasingly sketchy area with robberies, assaults, and murders, not to mention my brother was also car jacked at gun point a while back. I’m not a gun nut, I don’t read gun magazines, I don’t have a collection. In fact, I’ve never even wanted a gun, but I like being alive a whole lot more than I dislike guns. If it sits on the wall and collects dust for the rest of my life I’ll be a happy man.

As far as the protection part goes, if you really believe that the only people who come to your house to do harm to you are people you’ve pissed off, take a look at this video of a random burglar brutally beating a woman in front of her daughter for no reason

It happens, and it happens all over the place, in bad areas and in nice areas. Most people don’t do these things, but I’d rather be able to prevent it if it ever does.

Before I get the “relax, it’s just comedy”, I get it. I think Jim Jefferies is hilarious and I’m a huge fan, and I actually laughed at the bit.   When it’s treated in the context of comedy, it’s funny to me and it’s worth laughing at,  but when it’s treated as “the perfect response to the pro gun argument” by the masses, I think it’s worth taking the time to point out how off the mark it is.