The other night I accidentally caught an episode of this show, and it left me with such an unsettled anger inside of me that for one of the first times in my life, I felt the need to write a review of something. If you’re not familiar with it, the premise of this tv show is antivirus a group of hunters (4 40 year old men) go to different areas and track down monsters to get proof that they exist. It sounded like obvious bullshit but I gave it a shot anyway. Well actually I woke up in the middle of the night, it was on, the remote had fallen behind my bed, and I wasn’t ambitious enough to do anything about it…. but I digress.

First, I understand a lot of “reality” shows are partially (or entirely) scripted, or at the very least they are carefully edited to support the narrative, and I’d say we’re all aware that we’re watching a heavily influenced take on reality. I have a few guilty pleasures like Gold Rush, To Catch a Contractor, Hells Kitchen, Bar Rescue. These shows may be scripted/forced/influenced, but the underlying concept of wholesale MLB jerseys the show is still present. Even if every interaction in Bar Rescue is scripted and rehearsed, you still get to see a bar in action, a redesign concept, the process of the makeover, etc, so there is inherent entertainment value. Then there’s the other type of show, such as Dirty Jobs with Mike Rowe. No one wants to watch a person shovel shit, but Mike Rowe is a likable guy with a funny personality, so even if the framed part of the show is uninteresting to you, he is able to make it entertaining and fun for the audience.
Now let’s look at what an episode of Monsters Underground entails. First, they discuss a monster that they plan on hunting, and show you a picture/animation of what the monster they supposedly looks like (Somehow they have this po information already – example below: )

Next, they travel to the area where the sport monster supposedly resides and talk to the locals about all the trouble it’s causing in an effort to convince you that it’s not just these 4 nutjobs that believe it. If you’re unsure whether the conversations are scripted or not, look no further than the smirk on every actors face as they do a miserable job of pretending to believe any of this nonsense that’s going on. From here, they travel to the area wholesale jerseys where the monster lives and somehow they immediately find the exact 2 foot cave opening that it lives in and they are just certain that it’s the right spot.

This is when the show is supposed to get good, right? All that buildup had to be for something… right? RIGHT? Nope, dead wrong. For the next 10 minutes, the show consists of camera angles rotating between the group, cave walls, and complete darkness, until they “find the monster”. At this point, they show you a “thermal view”, which is really just a red blob on a blue fuzzy background that moves ever so slightly, then the hunters attempt to fire a tranquilizer at the monster, “miss”, and then run out of the cave while the “monster chases them”. What post follows is a bunch of camera footage taken by what I can only imagine to be cameramen having seizures followed by them being shown outside of the cave, firing at net to cover the entrance, and them congratulating each other on a successful hunt while claiming to have gotten DNA evidence. That’s right. They fired a tranq, missed, got chased out, but somehow claim to have DNA evidence. And that’s it. That’s the end Reddit of the show. No analysis of supposed DNA evidence. No follow up, no details. Nothing.

There isn’t any entertaining dialogue or interesting personalities, everything said is scripted, forced, and awkward… there’s never a single frame shown of the monster, faked or otherwise. It’s probably cheap MLB jerseys the only tv show I’ve seen in my life that is based something completely fake, where nothing ever happens. Even if you are completely convinced that big foot exists, this show has zero entertainment value. This isn’t just a bad show, it’s downright insulting to the audience just how little effort they put into pretending like any of this is a wholesale NFL jerseys legit operation.

The only remarkable thing about this entire show, is that it was ever made in the first place. I would love to be a fly on the wall why in a meeting where a group of professional adults are discussing which new show to green light, and actually decided on this steaming pile of fake dog shit. I would love to see the list of shows that didn’t make it.

Notice the amount of times it’s been rated a 10: 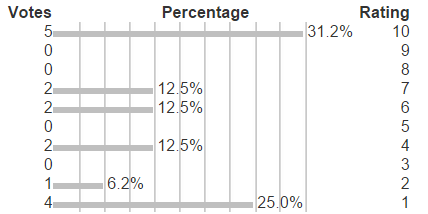 Now, notice the full cast list of the show 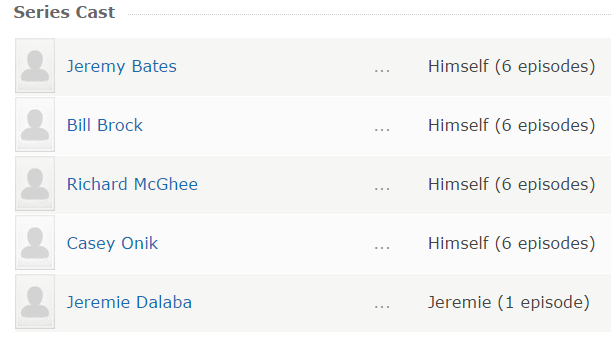 A coincidence I’m sure..